Skip to content
[ Instrument Network Instrument Development ] Recently, under the auspices of the Chinese Academy of Sciences Class A Strategic Pilot Science and Technology and the Chinese Academy of Sciences Hundred Talents Project, the deep sea high-precision self-contained temperature sensor IDSSE T independently developed by the Deep Sea is the only one-stop system in the world. The calibration service organization Trescal has completed long-term comparison tests with similar international sensor products. The test results show that the IDSSE T sensor has reached the technical level of the same international top products.

Since June 2018, Trescal has selected similar temperature sensors from internationally renowned marine sensor manufacturers such as Seabird (SBE 56), RBR (Solo.T), NKE (S2T), and NKE (WiSens). Tests, a series of performance tests such as measurement accuracy and response time were completed during the test period of up to 24 weeks. The test results show that the measurement errors of RBR Solo.T, IDSSE T and SBE 56 are not more than Â±0.020 Â°C, the maximum error of RBR Solo.T is -0.006 Â°C, the maximum error of IDSSE T is 0.016 Â°C, the maximum of SBE 56 The error is 0.020 Â°C; in the response time test, the system response time of RBR Solo.T, IDSSE T and SBE 56 is maintained within 11s, and the test results are as follows: 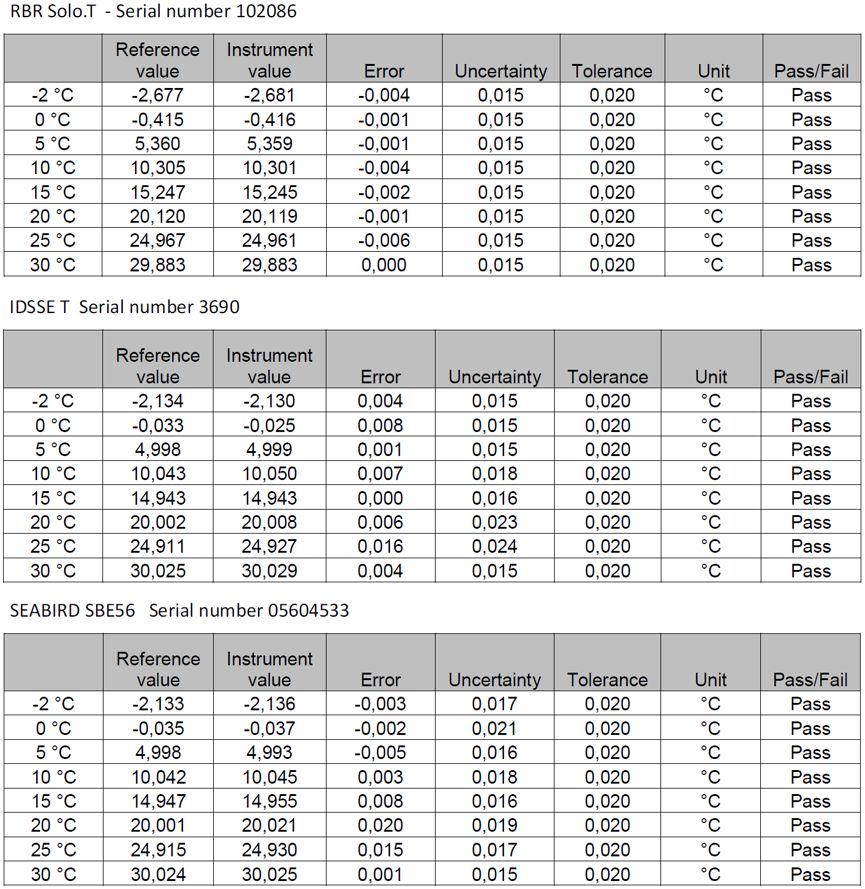 Response time comparison result
The IDSSE T sensor is a deep-sea high-precision self-contained small-scale temperature sensor developed by the relevant technicians of the Deep Sea Information Technology Research Office of the Deep Sea Institute of Engineering. The measurement accuracy is Â±2mK, the annual drift is less than 2mK, and it can be continuously in the deep sea. Work for more than 2 years.
The test results of this international authority show that the high-precision self-contained temperature sensor IDSSE T has reached the technical level of the international top-class products in terms of measurement accuracy and response time, breaking the long-term monopoly of foreign companies in marine sensor technology. Promoted the development of localized marine sensors. At present, the series of physical ocean observation sensors developed by the Deep Sea have been widely used in marine scientific investigation and maritime safety assurance.
(Original title: The deep sea temperature sensor independently developed by the Deep Sea Institute of the Chinese Academy of Sciences is the only one-stop calibration service organization in the world to complete the performance comparison test with the international similar products)