Realize CNC milling of spiral bevel gears. Today, there are still many manufacturers in China who are investing heavily in the introduction of this equipment, so the introduction is as follows.

As shown, the milling cutter is connected to the machine spindle via a 7/24 taper shank. During machining, the machine spindle can be rotated on one side, and circular motion around the imaginary cradle axis (ie, using the circular interpolation function of the machine tool) can reproduce the movement of the flat-shaped I-shaped wheel of the traditional gear milling machine.

Since the machine does not have the numerical control function of workpiece rotation and indexing, in order to process the spiral groove of the spiral bevel gear, a numerical control motor (FANUC-BESKFB15 DC servo motor) of the same type as the F is added to the table. The sleeve is associated with the input end of the indexing head. The control cable of the machine tool F is redirected to the motor to realize the numerical control linkage between the workpiece rotation and the indexing. The modified CNC machine tool has the function of four coordinates (but only three axes can be linked at the same time). From the structure of the indexing head and the screw pitch of the table F, it can be known that the workpiece rotates one time and the folding direction moves 200mm. Therefore, in the calculation program, the number of workpiece rotation angles is multiplied by a coefficient, so that the gear is processed. The root cone is in contact with the flat-top gear as a guard wheel, and the axis of the indexing head is tilted upward by an angle corresponding to the root cone angle. The rotation ratio of the workpiece and the circular motion of the cutter head should satisfy the rolling ratio relationship of the machine tool.

The simple additional gear milling device on the CNC milling machine is machined with a pinion that passes through the Mohs 2 taper hole at the center of the indexing head and is connected to the indexing head. The large gear is mounted directly on the chuck.

2The principle of continuous exhibition of Olympus and Klingen Berger spiral bevel gears and their gear milling machines appeared in the 1930s. It is the most complicated machine tool in the existing machine tools, and is the most profound one in the principle of tooth surface formation. Kind of gears. The tooth line of the spade wheel is an extended outer cycloid, which corresponds to the plane of the joint, and the radius of the cutter wheel/circle is a purely rolling base circle with a radius on the plane of the joint, and the cutting edge intersects on the joint plane. traces of.

The principle of the planar shovel wheel for machining a bevel gear is to use a milling cutter disc to machine the spur gear. When the spur gear meshes with the gear to be machined, the section of the spur gear is a circular plane and is tangent to the instantaneous surface of the bevel gear. . The cutter head consists of several sets of inserts consisting of one or several straight edge rough cut blades and two straight edge precision cut blades. Each of the fine-cut blades forms a convex-toothed concave tooth surface.

The longitudinal tooth profile of the i-shaped gear tooth is a point on the cutting edge of the blade. The trajectory formed when the cutter head moves relative to the shovel-shaped rack, the cutter pitch circle and the gear pitch line are the instantaneous movement of the instantaneous center line, and satisfy the following condition: the tooth line formed by the shovel gear is a circumference along the other circumference. When there is no sliding scroll, the trajectory formed by the outer point of the circle is called a long spiral (secondary cycloid), for example.

3 The machine tool for processing the cycloidal bevel gear adjusts the above-mentioned cutter head, and rotates while rotating around the pitch circle. The resulting spade gear does not move, but is only necessary to form the Iraqi gear. In order to mesh with the machined gear, the entire mechanism is maintained on the one hand to maintain the original relative motion, and on the other hand the entire reverse. In particular, it may be desirable to make the speed of the reversal equal to the angular velocity of the pitch circle. At this time, the center of the cutter head is fixed, but the relative speed of the cutter head and the pitch line does not change.

Only the above motion is used, that is, only the relative cycloidal bevel gear of the cutter head and the workpiece form a principle movement, and the tooth line on the joint plane can be printed on the pitch cone.

If each set of knives on the milling cutter has an infinite number of teeth, or the teeth are sufficiently dense, the gear tooth shape can be machined with the above simple motion; but in reality, only one of each set of knives actually cuts the same tooth surface. The blade edge, so the theoretically formable envelope tooth profile is degenerated into a track face tooth profile. The milled tooth surface has a truncated shape in the tooth height direction, which is the same as the blade shape. In order to obtain a conjugated tooth profile that is paired with each other, a slow hobbing motion must be added between the spur gear and the wheel blank.

When the machine tool is coarsely cut, a series of corners of the cutter head are given in turn, and a series of corresponding corners of the workpiece are required, and the machine tool needs to be linked with two coordinates. During machining, the angular displacement of a series of cutter centers is given, and the additional rotation angle of the workpiece is 4, so the rotation angle of the workpiece is: 4 grating detection and numerical control circuit. In order to realize the continuous expansion method spiral bevel gear on the ordinary CNC milling machine The modification of the mechanical part of the milling machine requires the installation of a grating detector. When the cutter head is rotated, the raster detector outputs a pulse to the CPU.

The scale of the circular grating is mounted on the movable cutter head so that the grating rotates with the milling cutter. The distance the grating rotates is related to the distance the cutter wheel rotates. The relative rotation of the workpiece and the circular interpolation motion of the table are controlled according to the number of pulses.

5 Advantages and Significance Firstly, for long taper gears, the required machine tool cradle radius exceeds the actual cradle radius, so the value of the radial tool position exceeds the specifications of the general machine tool. On the CNC milling device, the center of the cutter head can theoretically take any motion track, including any large arc (some CNC machine tools specify the radius of the maximum circular interpolation, but if the radius exceeds the maximum circular interpolation, Can be fitted with a straight line.)

The introduction of foreign CNC milling machine cost 4 million yuan, the use of this technology can greatly save foreign exchange.

Existing CNC machine tool manufacturers, if the device can be standardized and serialized, as a standard machine tool accessory factory, can increase the added value of the product.

The existing various types of mechanical milling machines are aging, facing elimination, and urgently need to be upgraded. The technology and invention market have broad prospects.

This topic is purely original, and it is by no means a "tracking", which is especially suitable for China's national conditions. The specific technologies involved provide technical support for improving the level of gear processing in China and the processing of high-speed heavy-duty gears. 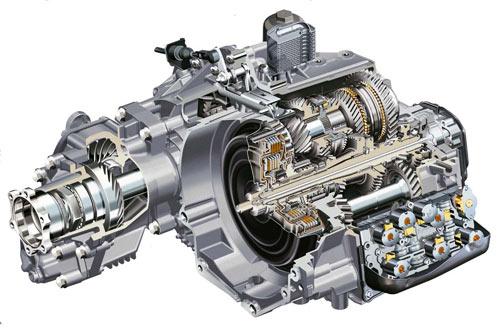 We are the top manufacturers in Ningbo can supply OEM service for Auto Gear Boxes. Welcome to contact us!